The SEC has been aware of naked short selling and has failed to adequately respond to investor and Company complaints alike. As a result of the lack of diligent enforcement of their own trading rules by the SEC, every private investor who owns common shares has had their financial integrity jeopardized.

Since the SEC has failed to take adequate counter measures to stop illegal short selling and trading, as with GENI, by members of the financial investment industry, there should be an independent examination by the United States Congress or Senate as to the reasons for their years of inaction.

The most pressing issue affecting the stock market is naked short selling. This is a cancer — a malignancy that threatens popular faith in the integrity of the entire system.

The practice of defrauding investors by taking their money and refusing to deliver the product they paid for has many names. Some call it market manipulation, some call it naked short selling, others call it failing to deliver, still others refer to it as stock counterfeiting; many call it fraudulent stock trades.

Naked short selling, which is failing to deliver for the purpose of depressing a stock price, is a large problem in the US stock market. The buyers all paid cash for the shares, and the sellers defrauded them by not delivering (which has been illegal for 72 years). For years the SEC said there was a problem, and then in 2005 they passed regulation SHO to address it.

GENI was attacked by a group of aggressive short sellers intent on depressing its stock price. Many of these short sellers sold GENI stock short without first borrowing it. Naked shorters built a position larger than the available float.

GENI voluntary delisted itself from NASDAQ and starting in 2002 began trading on the pink sheets at .0001, but short sellers stayed short. Their motive for not covering their position is not to pay taxes on their enormous profits they made illegally shorting GENI. As long as they do not cover their short position they do not have to pay taxes. That is why after three years of being delisted from NASDAQ GENI’s stock was on the initial SHO List.

Selling stock short and failing to deliver shares at the time of settlement with the purpose of driving down the security’s price is a manipulative activity, in general, violating various securities laws, including Rule 10b-5 under the Exchange Act. Generally, Investors must complete or “settle” their security transactions within three business days. This settlement cycle is known as “T+3,” shorthand for “trade date plus three days.”

To be listed on the Regulation SHO threshold security list there must be a minimum of 10,000 shares and 0.5% of the issued and outstanding shares available recorded in the CNS system in a failed settlement status. This level of trade settlement failures must also persist for a minimum period of 5 consecutive trade days before qualifying for the list.

Ramy El-Batrawi Named Humanitarian of the Year
BEVERLY HILLS, Calif., August 22, 2006 — Donald T. Sterling and friends honored Ramy El-Batrawi as the humanitarian of the year for his support of the homeless people of Los Angeles. Sterling asserted that reforming Skid Row is a difficult process and the homeless people need our help and we can’t neglect them. Sterling has purchased a warehouse on 6th Street and Wall that will be his legacy for the city of Los Angeles. This imploredthose in attendance to stand and share their personal experiences with thehomeless of Los Angeles. Sterling will donate this property to an organization that will provide medical care, rehabilitation and help the homeless develop job skills. Sterling stands firm on his belief that the homeless can and will be helped.

High profile speakers and community leaders, essential to the reform that will take place in aiding the homeless, included author of Men are from Mars, Women are from Venus, Dr. John Gray, Supervisor Yvonne Braithwaite Burke, Bishop Charles Blake of West Los Angeles Church and honoree Ramy El-Batrawi. Their insightful and critical analysis of the reform that is much needed for the homeless in Los Angeles was well received by all those in attendance.

Supervisor Braithwaite Burke spoke to her 2nd district which encompassesnot only the cities of Long Beach, Cheviot Hills all the way to the borderof Beverly Hills but the surrounding area of Skid Row as well. Braithwaite Burke said, “One of the fights that we have is that many people feel thatwe should not have services on Skid Row — the attitude being that if youhave services or housing that they [the homeless] will stay. The fact is,there are 90,000 homeless in Los Angeles — there are 20,000 homeless families and therefore we need to provide these services. Yes, it is a process,and it will save a lot of lives.” Author John Gray, who himself, was oncehomeless, said, “Many don’t understand what it is like to be homeless andbelieve that they’re just lazy. This is not true — 95% of bankruptcies every year occur because people didn’t have $300 more per month. It’s a veryfine line between everything working and then you’re out. We are responsible for those that have not.” Bishop Blake eloquently expressed not being able to imagine not having a home. “I don’t know what I would do if I did not have a home. My identity is so tied up in it, my life is so tied up in it, my possessions are protected by it — it’s where I raise my family,” said Blake. “There’s a declining existence that happens when you don’t have ahome, an address — no one can write you — no one can find you for a job.This is why I am so excited about what Don is doing and what Ramy is doing. It will transform and revolutionize the lives of individuals — you don’t become homeless instantly — it’s a process and you’re not rehabilitatedovernight, it’s a process,” said Blake.

The Pepperdine University Hispanic Council was established in April 1995 and the Executive Committee in July 2003. The Councils are made up of civic-minded men and women who are willing to invest their time, energy, and personal resources to assist Hispanic students in achieving their educational objectives.

The purpose of the councils is to address the educational issues facing the Hispanic community of Los Angeles, Orange, and Ventura counties. A recent study conducted by Pepperdine Fellow Gregory Rodriguez points to the emergence of a new Latino middle class in the Southwest. This segment of our society plays a major role in shaping the quality of life in California and throughout the nation. Sadly, many of these individuals lack the educational background and preparation to meet the challenges of the 21st century. It is the goal of the councils to remove the barriers that stand in the way of opportunity.

The Council emphasizes the importance of an educated society and the contributions that Hispanics are making to enhance the quality of life in Southern California.

Sheriff Lee Baca and Chief of Police William Barton Thank Ramy El-Batrawi
LOS ANGELES — November 19, 2004 The Chief of police William Barton of Los Angeles, Sheriff Lee Baca, then Mayor Hahn and the many community leaders who joined the effort thank Mr. Ramy El-Batrawi for his support and effort on Public Safety and Homeland Security — yes on Measure A.

“While the measure did not pass, it does not diminish my appreciation for your support of public safety,” chief of police William Barton writes in a letter to Mr. Ramy El-Batrawi of DIMG. “I am encouraged by the fact that almost 64% of the voters in the city and majority of voters in each of the City Counsel’s 15 district supported the measure,” Chief of Police William Barton added.

If it passed, Measure A would raise the LA County sales tax by a half percent, from 8.25% to 8.75%. The increase would have raised almost $560 million in revenue, which would have been used to add more sheriffs and city police, expand community policing, strengthen youth and adult crime prevention programs, and more. With the extra money it would have put at least 5,000 more cops on the county streets. The money would have been split between the L.A. County Sheriff’s Department, the LAPD, and all 44 other independent police departments throughout the county.

As the state continued to take away funds from localities to help balance the state’s deficit, it had come at a time when local governments where also facing significant increases in retirement contributions, health premiums and other costs of providing services. This had meant that localities had made or will have to make cuts to existing programs and services, including public safety.

“I wanted to see the increase of funding for local law enforcement and was excited in the benefits of what the measure would have accomplished,” says Ramy El-Batrawi. 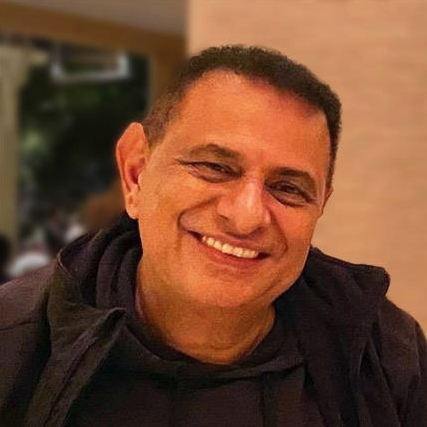